What’s the difference and Why is understanding this difference important within surgical equipment cleaning?

David Jones, MD at Alphasonics highlights the differences and apparent misconceptions between these two crucial terms in ensuring on-going efficacy in surgical equipment cleaning and why The Medstar series can ease the confusion which can often arise in this area.

When I first started investigating the decontamination sector as a potential new market, I found myself scratching my head trying to understand why foil tests were being used to ‘validate’ ultrasonics. In general industry, this method of determining ultrasonic activity is rarely used, primarily because generally, a slight variance in cavitation is not that important and in addition, because the pummeling in the foil tells the user very little, other than that ultrasound is present and whether it is ‘relatively’ even or uneven. *The general erratic dispersion of sound in an ultrasonic tank is highlighted when conducting a foil test through the holes that often appear in the foil. These holes are caused by spikes of sound, which are indicative of uneven distribution, but are in fact only one half of the equation, as where there are spikes of sound large enough to punch holes in the foil, there will inevitably be similar sized troughs of sound which are areas where cleaning may be impaired. Without doubt, within the sector there is a misunderstanding of what this means. When asked, several SSD managers and even engineers, have stated that these holes witnessed in the tin foil indicate ‘good’ ultrasonic activity, which unfortunately is not correct at this level*

The same can be said for other such methods to determine the presence of ultrasound that use a change of colour in a fluid to determine that ultrasound is present. Such offerings actually tell the user even less than the foil test and again there seems to be a real misconception and misunderstanding. A supplier of these vials makes the following statement on their website:-

The Medical Device Directive 93/42/EEC stipulates that medical equipment used for the
cleaning & disinfecting of surgical instruments must be validated & quality assured.

The ********* is a quick & cost effective method of complying with such requirements.

While not wishing to criticize these particular distributors, who are for sure reputable companies, these statements are again an indication of a general mis-understanding.

Neither the foil test, or colour change method advise the user the extent of the ultrasonic power, whether it is evenly distributed to the level required, or whether it is good enough to consistently do the job in hand.

However, as far back as 2013, I quickly came to realise that foil tests etc. were all that was available at that time. AED’s, Sterile Services Managers. Engineers and Operatives were doing all they could to comply with guidance, but it was clear that the ‘black magic’ that is fluid based ultrasonics was a mystery to most people, as was the difference, understanding and dare I say confusion between the terms ‘verification’ and ‘validation’.

The UK’s HTM01-01 issued in 2016 went into great detail as to how to conduct a foil test but does not take into consideration the 5µ limit. If this level of cleanliness is demanded, the person making the test cannot be expected to see the very limited amount of pummeling variance that can be tolerated to achieve the target residual protein levels. Furthermore, Who determines a pass or fail in this situation? Who takes responsibility? *The chemistry used during the foil test should also be considered, especially when using an enzymatic that contains alkaline. While it is appreciated and understood that the addition of alkaline to the enzymatic does improve cleaning, it is also very likely that this caustic element can seriously attack the tin foil during the test. Therefore, I would recommend that the chemistry is changed to one that does not contain alkaline for the purposes of conducting a foil test*

In this regard therefore the foil test is not fit for purpose at this level, nor is the colour change method.

It is appreciated however that in 2016, the eminent people who wrote the HTM did not know about Advanced Ultrasonics and what it is capable of. In any ultrasonic cleaning device, the primary key to the delivery of consistent cleaning, is the consistent delivery of sound. This homogenous distribution in turn leads to an incredibly even cleaning action, which leads in turn to an incredibly low and consistent residual protein level and improved log reduction. 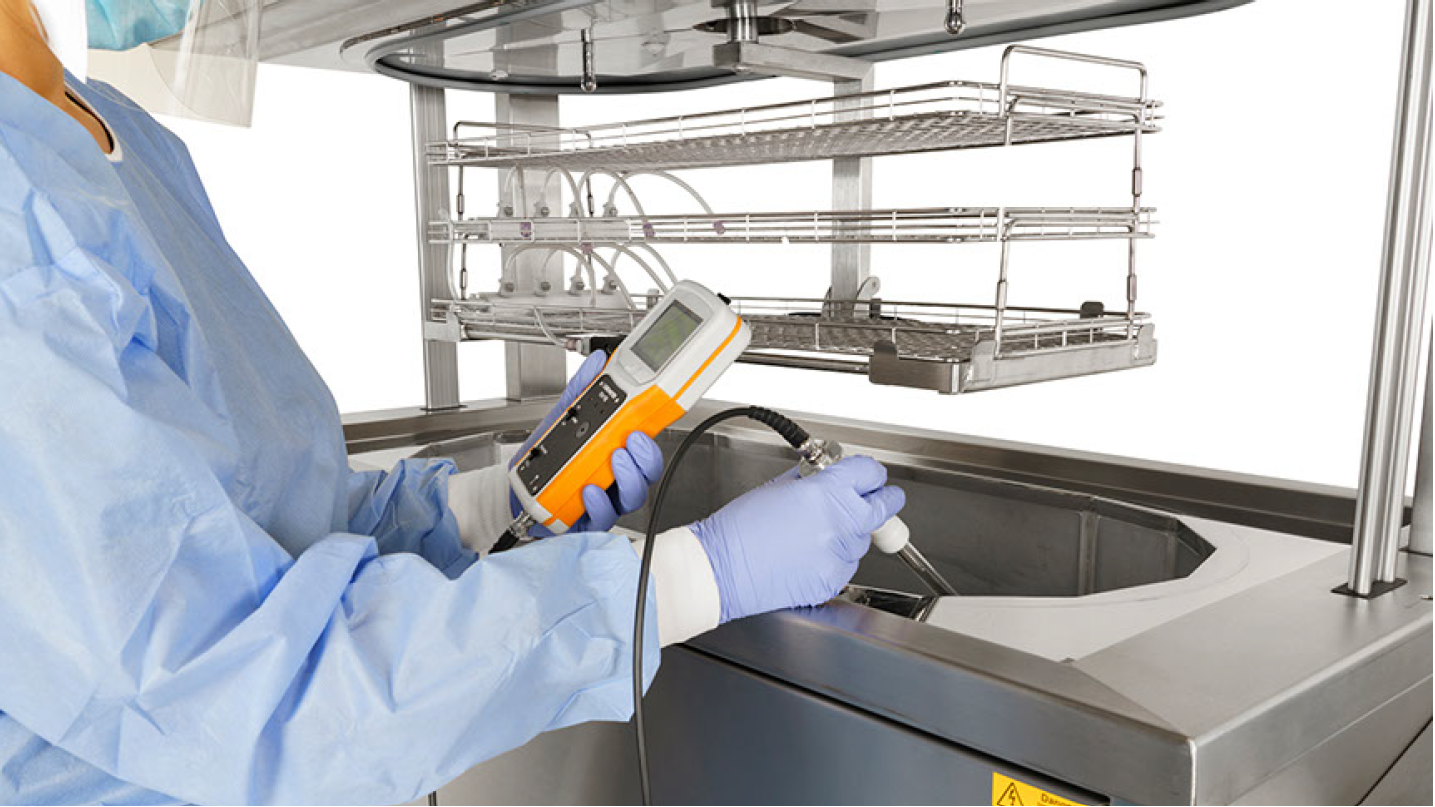 These elements were considered very carefully during the development of our Medstar range of devices and in this regard two separate, but equally important features were added that would engender a much tighter control and definitive on-going measurement of the ultrasonic activity, as well as providing a methodology of making the required adjustments as needed.

While it is fully appreciated that a foil test is the historic preferred (and only) method of checking the ultrasound activity, I believe that there are now much better, more accurate and more informative ways of verification, validation, adjustment and control.

The first feature is a monitoring system fitted to the output of each individual generator with the protocols of this feature set to reflect what is happening inside a lumin or endoscope, not the outside. It is known that while the ultrasonics will permeate through the lumin wall, it is also known that there will be losses, so by simply setting the protocols to what is happening outside the lumin, consideration is not being given to the actual ultrasonic activity and as such, the cleaning efficacy inside. Through experimentation, these losses can now be measured, enabling the protocols to be set to reflect the inside of the lumin, not simply the outside. Also, as it is known at what point the ultrasonics will cease to consistently remove the proteins to under 5µ, each individual generator is never allowed to drift to reach this point, again taking cognisance to the inside of a lumin, not the outside.

So, if a generator drifts by a set amount (point A), the display will warn that there is a fault and advise to re-tune. If this is not done and the generator continues to drift to point B, the system will cut the power. If a transducer fails, the current output of the generator will be altered accordingly and as such, will also warn or cut the electricity. In addition, if a generator, or the control system itself fails, the electricity will be cut immediately. This feature does two things. Firstly, it acts as a verification system (vis-a-vis the colour change type and foil test) that advises that ultrasonic activity is present. Secondly it acts as a validation system (to a point) that advises that the ultrasonic activity is not only present, it is also consistent within very tight parameters.

However, is this actually enough? While for sure, this feature will protect patients by maintaining the conditions under which all our experimentation has been conducted, at a point where we know that residual protein to well under 5µ will be achieved. (The vast majority of the time under 1µ) But what it won’t do is monitor the evenness of distribution of the ultrasonics, which is the primary reason for inconsistent cleaning to the levels required, (as noted in the HTM, part D clause 2.305)

To monitor the distribution of sound, a Cavitation Validation Device (CVD) has been developed that will measure the level and distribution of sound to an incredibly accurate level. The results are recordable, with graphs that clearly show what is happening within the tank of fluid across 9 x 20 second snapshots, taking 1,800 readings in all. The device also includes a statistical analysis feature, where safety limits can be set, also standard deviation plus co-efficient of variant features that will warn if the activity is drifting towards the set limits. In addition, the device can also be used to indicate the condition of the transducers *Over time, any transducer will degrade. This will/may take several years and manifest itself in a slow but sure reduction in efficiency of the transducer to the point where eventually, cleaning performance will become consistently impaired. By taking monthly CVD readings, the mean mV recorded can be monitored for fall off. Additional 6 monthly zonal readings can be taken to monitor degradation in specific transducer banks if deemed necessary, as by eliminating and or monitoring every other reason for mV fall off, the only element left is transducer degradation as the cause, enabling corrective action to be taken*.

These two features offer the user confidence that the system is performing as it should, with the relevant safeguards in place for patient protection, plus the comfort of a patented and robust validation system.

Generator monitoring, a CVD and a generator tuning box are included within the price of a Medstar 3 system and are offered as optional extra items within our Medstar Compact range. 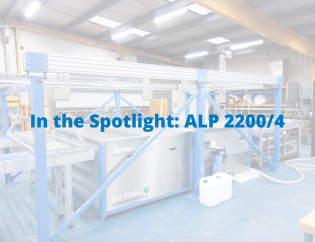 This website uses cookies to improve your experience while you navigate through the website. Out of these cookies, the cookies that are categorized as necessary are stored on your browser as they are essential for the working of basic functionalities of the website. We also use third-party cookies that help us analyze and understand how you use this website. These cookies will be stored in your browser only with your consent. You also have the option to opt-out of these cookies. But opting out of some of these cookies may have an effect on your browsing experience.
Necessary Always Enabled
Necessary cookies are absolutely essential for the website to function properly. This category only includes cookies that ensures basic functionalities and security features of the website. These cookies do not store any personal information.
Non-necessary
Any cookies that may not be particularly necessary for the website to function and is used specifically to collect user personal data via analytics, ads, other embedded contents are termed as non-necessary cookies. It is mandatory to procure user consent prior to running these cookies on your website.
SAVE & ACCEPT
The importance of quality management for anilox roll cleaning systemsHow often should ultrasonic solution be changed?
Loading Comments...