For decades, a number of jet-wash suppliers have deliberately discredited our Advanced Ultrasonic Cleaning Technology of Anilox Rolls.  Despite having a superior cleaning technology, our equipment was met with scepticism, fear and derision.  In doing so, one supplier in particular fooled the flexo industry for many years, costing printers millions in the process.  This is how they did it…

The ‘Long Con’ is a term to describe deception over an extended period of time.  Often used by politicians to great effect, it is simple but highly effective. If something is said loud enough for long enough, it becomes perceived as being the truth.

While we at Alphasonics had always faced a negative press regarding Ultrasonic technology as a means of cleaning aniloxes, it was par for the course.  There has been historic issues with less advanced versions of this technology, so it is natural that questions were often asked of us.  Our technology spoke for itself; we had solved the issues and were pushing untold boundaries of the safe and efficient cleaning of anilox rolls.

However, we really noticed this negativity ramp up from about 2010 onwards. We were a bit confused because we had never received a complaint for roll damage since our start up in 1993 – to that end, we provide written guarantees.  So, where was this coming from?

Above is an extract from a jet-wash manufacturer’s website where our name is shown and the claim made regarding roll damage. This is just a snapshot of what we have been subjected to. The rest of the statements made here are also complete rubbish.

On the back of this, we faced countless questions regarding it at almost every company we visited – worldwide. On many occasions as soon as we walked into the room. When we asked where they were told about this roll damage potential, they all named the same one company. There was a clear pattern emerging and it was becoming very obvious what the game was: ‘Discredit to destroy’.

By 2013, Alphasonics had begun exploratory projects into new markets. The slander bandied around in flexo had become an almost insurmountable obstacle and as such, a substantial research and development program was undertaken in a new and exciting market.

The cleaning of surgical instruments and equipment was and still is a ‘hot potato,’ riddled with issues jeopardizing the health and safety of people around the world post theatre. We knew that the technology developed by Alphasonics for flexo had potential here and it was time to prove our worth in an uncharted territory. Furthermore, what if the technology we’d perfected could save lives?

By 2015, our project was well underway and yielding some amazing findings while we ploughed on in the flexographic industry. We were however still facing roll damage accusations in our core market, even with an unblemished record.

We had to face this head on.  Our idea was simple: transparency, facts and data – something this competitor in particular was so reluctant to offer. So, we set up a makeshift ‘pre-press area’ to live stream a cleaning trial. While the internet probably needed more excitement that an anilox cleaning trial, the idea was to give absolutely no room for interpretation – we were fully open and unvarnished in our technology and the cleaning trials we conduct.

Entitled Alphasonics: Safe with Sound where we took 6 rolls from 3 different anilox suppliers ranging from 400lpi up to 1200lpi and cleaned them continuously for 5 days and 5 nights. This length of time was equivalent to 5 years cleaning at 1 x 5-minute cycle per day. The rolls were checked before and after independently by Troika Systems using their AniCam equipment.

Naturally, all aniloxes were shown not to have incurred any damage during the cleaning trials.

One would think that this definitive evidence would be enough to curtail the rumours and speculation.  Despite this undeniable proof, still we were being told that our company and technology were being slandered at every opportunity. Feedback from both customers and ex-agents of this particular company told us everything.

With the fear-factor being sold to customers behind closed doors and in private meetings, it was of course hard for us to offer recourse and indeed, the data and evidence that roll damage was not a consideration with Alphasonics equipment. However, this attempted brainwashing was also being reported back to us.

Back to healthcare for a moment, in 2016 a new regulation was introduced by the British NHS, that stipulated that any Ultrasonic device used in de-contamination had to have the ultrasonic activity validated on a regular basis. How could this be done? No technology existed that could accurately measure cavitation, the process by which Ultrasonic cleaning works. A sub-project was embarked on to develop a device that would accurately and consistently validate the ultrasonic activity in a tank of fluid.

In collaboration with a number of educational institutions and experts in the field, the world’s first device to measure electrical activity caused by cavitation, and by proxy, to provide a measurement of cavitation itself was developed. This unique device gave us irrefutable data and therefore, the very reason why our technology could never damage an anilox roll.

From here, this data has been released to the industry in the form of technical articles, handouts and presentations at every possible opportunity.  The data exists and is there for all to see.  We have and will continue to release unpolished sets of cleaning trials and their results as a means of fighting fire with water.

In short there was and continues to be a deliberate and malicious attempt by this specific Jet Wash company.  The identity of said company is fairly obvious to all reading this, however, as we pride ourselves in operating with class, we will not resort to naming names in the manner they have. This company has attempted to discredit us for no other reason than they have recognised Alphasonics as a threat because of our superior technology.

However, it has clearly back-fired due to the existence of two things: – facts and data. What can’t speak, can’t lie.

The ‘roll damage nail’ has been driven home so hard by a company with a poor base technology that it has allowed another technology to enter the market. Existing Jet Wash customers generally don’t buy a second system due to their bad experiences. So, when a customer is looking to replace their jet wash unit, What are their alternatives? They usually don’t want another jet wash and are scared of the falsehoods surrounding ultrasonics, so what is the alternatives? As it stands, laser cleaning.

In early 2020 a well-known, high end press manufacturer decided to carry out their own independent trials to determine which was the best cleaning technology for aniloxes. The trials were carried out at the premises of an anilox manufacturer who had all three technologies on site. The cleaning trials looked at:-

The results were as follows:-

The evidence is there and not just from our own trials and experiments.  It is abundantly clear that ‘The Long Con’ has failed. The game is up for Jet Wash cleaning.  The shameful abuse of the industry through lies told has cost an incredible amount of money to every customer they have sold to and has held flexo back in terms of consistently achievable print quality. Printers spend a huge amount of money on expensive presses and other equipment, only to be scuppered by the performance of their anilox cleaning system that in turn renders the output from their investment depleted, thus greatly extending the ROI.

Despite this, we actually would like to extend thanks this specific Jet Wash company for their endeavors, for pushing Alphasonics to look for other markets. Had it not been for their malicious campaign, we wouldn’t have had to develop our measurement capabilities, create a firm moral grounding and fight their lies and rhetoric with cold hard facts.

We know, again through studies in partnership with industry, Alphasonics Advanced Ultrasonic Anilox Cleaning systems are the only devices that carry roll safety and performance guarantees and deliver a quick return on investment. No other cleaning method can make this claim.

We have noted that some Laser cleaner suppliers are also now adopting this tactic to sell their products. We should state that should we hear of any company attempting to discredit us with such lies and innuendo, we will expose their activity on social media. It is clear to us now that ‘naming and shaming’ is the only way to deal with this.

We should state also that we are not afraid of fair competition. If a competitor product is better than ours, we accept it and take it on the chin and also fully accept that in all cases the customer has the right to choose.

Alphasonics began life in 1993 and since that time have produced in excess of 3000 systems. Apart from being the approved supplier to many top print groups, press and anilox manufacturers, the company now also serves the Healthcare and Medical sectors, Aerospace, Pharmaceutical, Electronics, Engineering and Commercial Catering sectors with dedicated and unique products utilizing developments made between 2013 and 2018. Thank you Jet Wash/Laser suppliers.

Have you been a victim of the Long Con?

Have you bought a Jet Wash system or a Laser cleaner after being told not to buy an ultrasonic unit through fear of damage and subsequently regretted it?

If so, please tell us your story. Get in touch either directly, or through social media. We will post it, leaving out your company name if requested.

The only way to stop this is to ‘call out’ the culprits who are conducting this shameful behavior. Every time this activity is reported to us, we will ‘name and shame’ on social media and on our website.

 Category Printing
David Jones, the MD at Alphasonics discusses this topic and offers a surprising insight into...
Read More 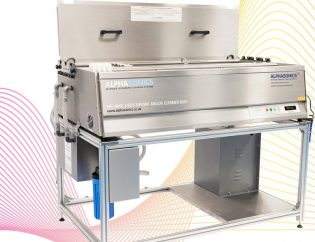 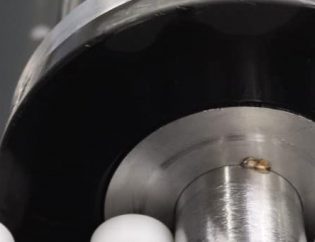 vamtam-theme-circle-post
 Category Printing
To establish this, you need to ask yourself a question: ‘Could I clean everything in...
Read More 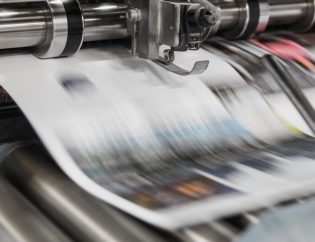 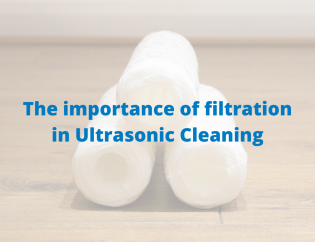 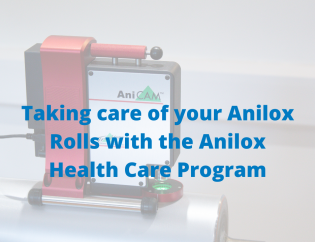 vamtam-theme-circle-post
 Category Printing
As a well-established name in the print industry, Alphasonics are continuing to put the needs...
Read More

The importance of filtration in Ultrasonic CleaningIn the Spotlight: ALP 2200/4